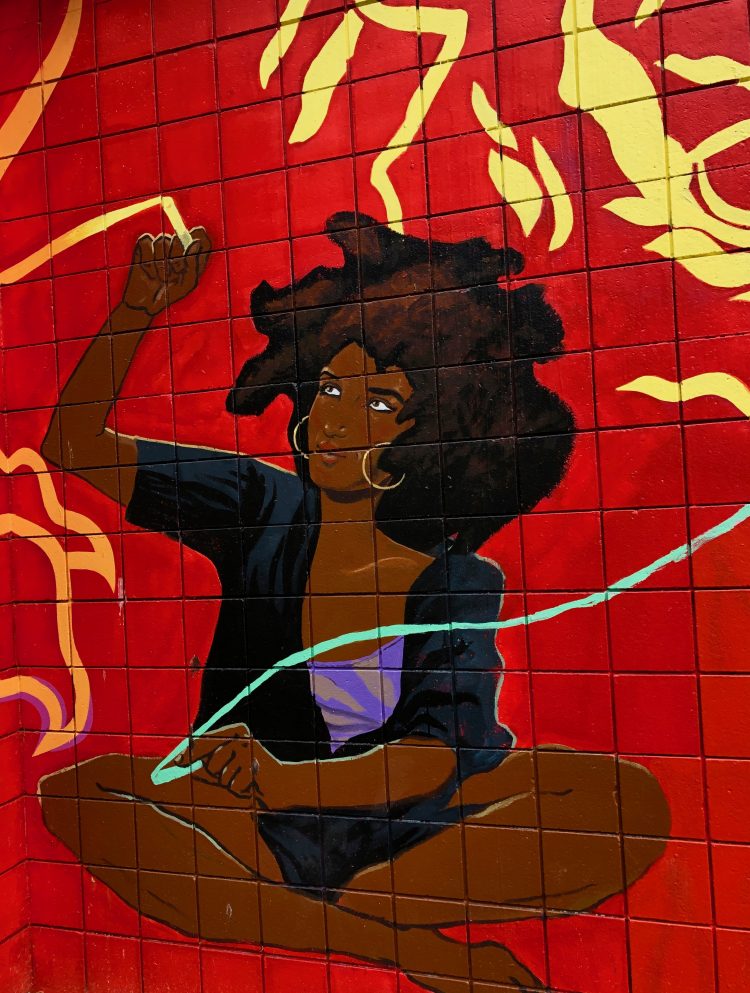 ‘A young woman is drawing little foxes that start running as soon as created.’ Artist and author Johnnie Christmas is describing his striking mural at Main and 11th, a mural that recently found itself in The Washington Post.

‘As early as the Paleolithic Period as evidenced by the cave paintings at Lascaux,’ Christmas continues, ‘people have depicted animals on walls as omens, totems, or simple wish fulfillments. In this mural, our figure carries on this age old tradition but with a twist: her drawings come to life. As she illustrates sprightly foxes of her inspiration, we see them sprinting away for fear of being consumed by the tiger of her ambition.’ 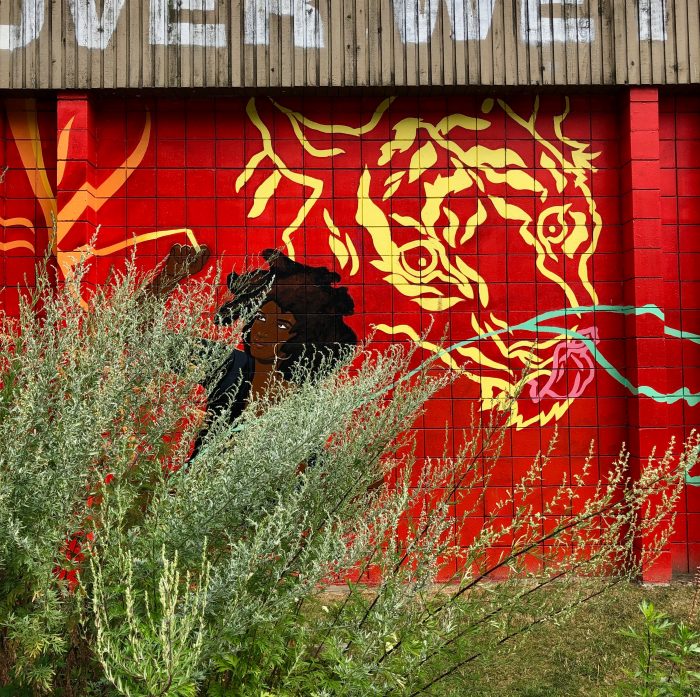 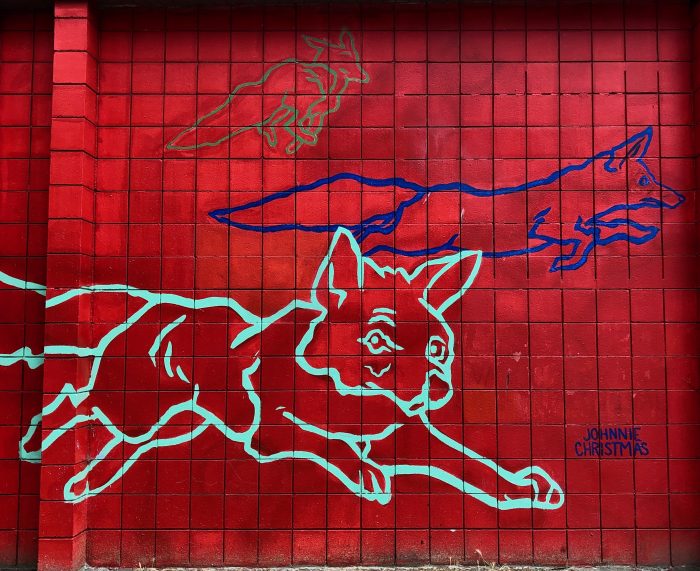 You might recognize Christmas’ style from his work as co-creator of Angel Catbird, his graphic novel series with Margaret Atwood. Christmas was also co-creator of the Sheltered Image Comics series, as shown in an excerpt from his Bibliography below. 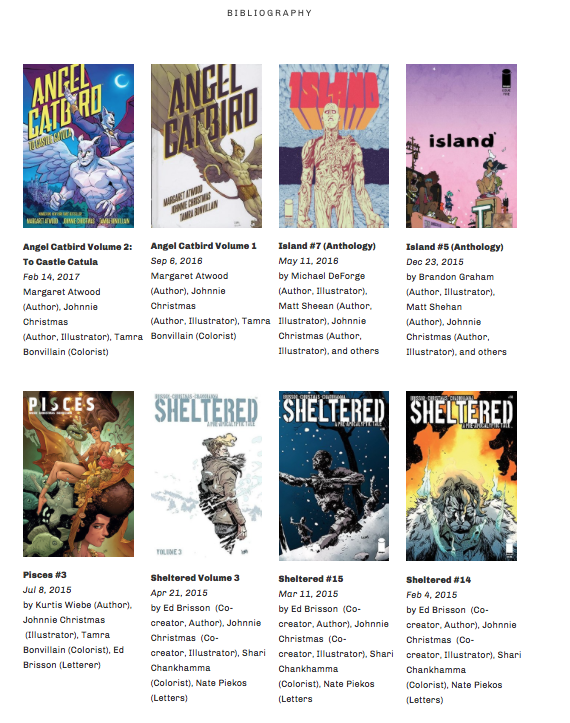 Johnnie Christmas’ ‘Woman Drawing’ mural is one of many that will be highlighted at the Vancouver Mural Festival, running this year from August 1st through 10th.

Over the ten days, you can tour existing murals and watch the creation of 25 more. You can also listen to local musicians and visit a family area, food trucks, and beer gardens. The event ends with the colourful Mount Pleasant Street Party on August 10th.

Some of the other murals you’ll see are: 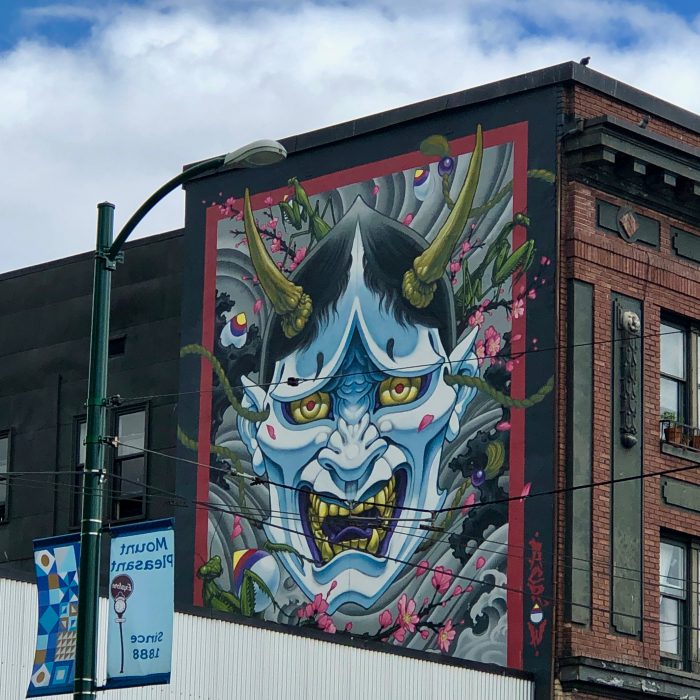 Faith XLVII. The Progress of the Truth of Men 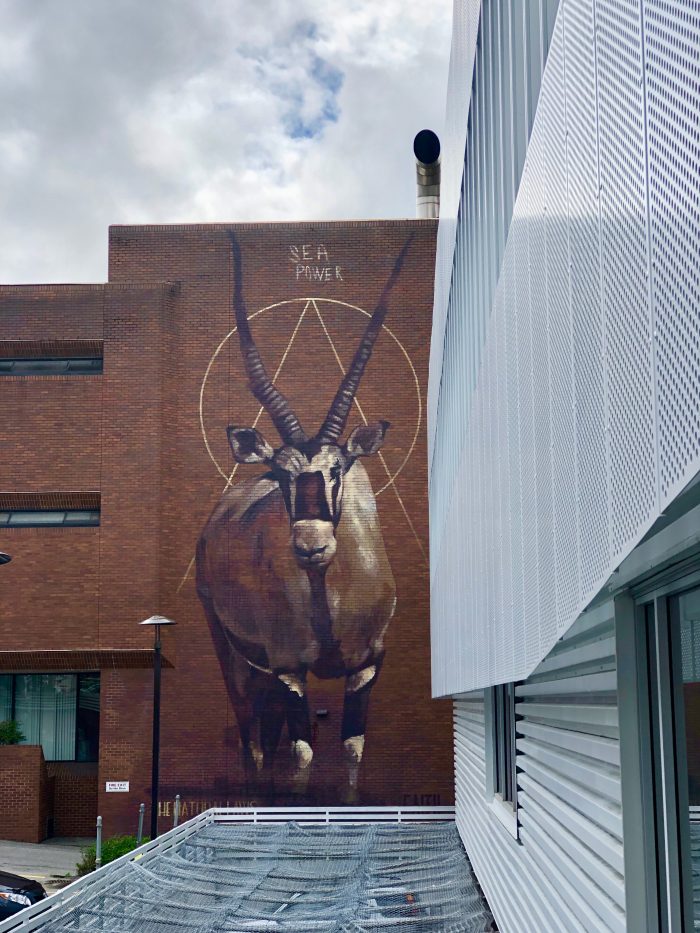 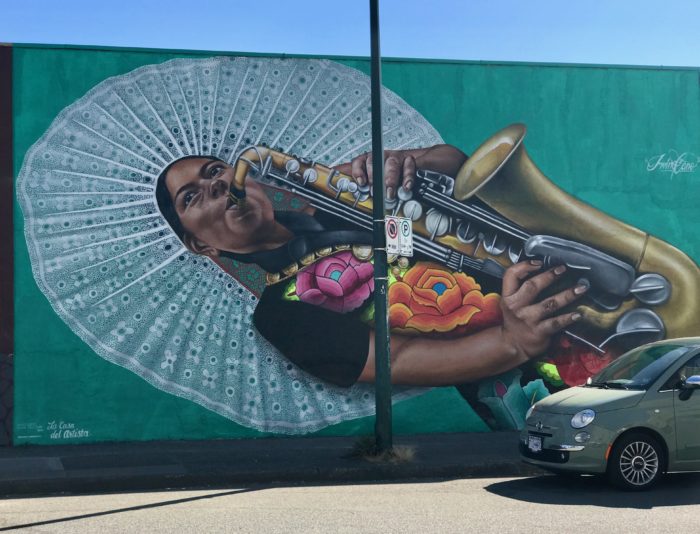 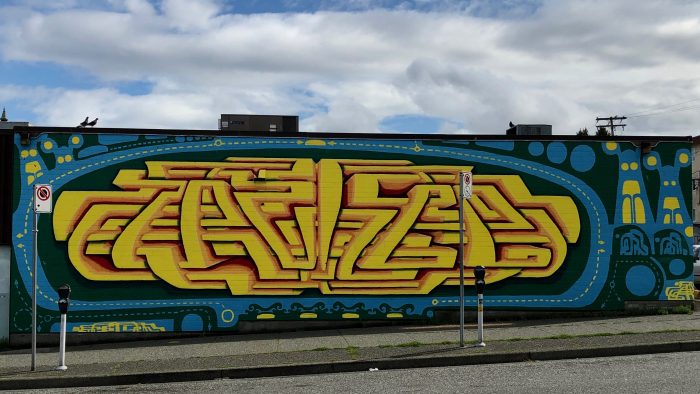