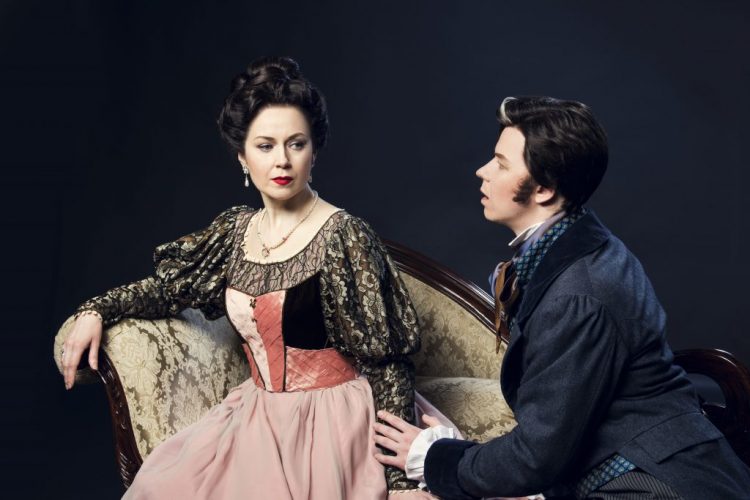 It was the night before the opening of Lady Macbeth and Parvin Mirhady, Head of Wardrobe for The Vancouver Opera, had all the costumes ready to go. Then, she got the call: the leading lady was coming down with a sore throat, her replacement might need to go on instead. One problem –  the alternate Lady was an altogether different size and her costumes were in Seattle.

“Not to worry,” the optimists told Mirhady. “We can get the costumes transported here in time.” Mirhady, no stranger to  logistics gremlins and border snafus, knew better. She asked four members of her trusty team – a cutter and three sewers – to come first thing in the morning. By 11:00 am, they had measurements, new fabric and a pattern made. Sure enough, the Seattle-based costumes got held up at the border.

Mirhady and her team had to have Lady Macbeth’s complicated first costume ready to go for 7:30 that night; her second would go on at 9:30. Not only did they get the leading lady’s costumes finished, she raved about how beautiful they were.

This is just one of the stories Mirhady shared with us at the Backstage with the Vancouver Opera event, part of Crafted Vancouver. More recently, Parvin Mirhady and her wardrobe team have been focused on Russian garb for Eugene Onegin.
~ 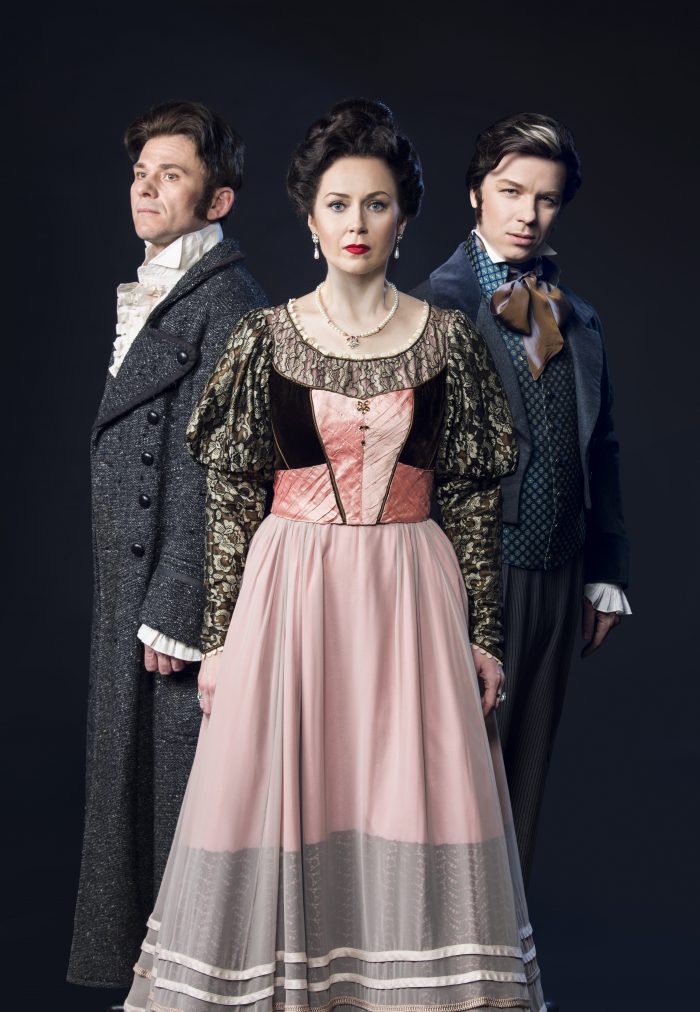 For this particular opera, the Vancouver Opera wardrobe team started with professional rental costumes, but there was much customizing to be done. It is important to Mirhady, for instance, that costume lengths match, that they are all one inch up from the floor. Yet, on first fitting, some of the Onegin outfits were short by three to seven inches. She and her team had to seamlessly add fabric, while ensuring that the final outfits didn’t look like “patchwork.”

As opening night draws nearer, Mirhady is often dragging piles of costumes in and out of her house, “in a garment bag. It looks like a body.”

While Mirhady has been with the Vancouver Opera for decades, Heidi Wilkinson, Head of Props, joined them last year. She has, however, worked in film and with Bard on the Beach for more than 24 years.

With the opera festival format, Wilkinson can be juggling three shows at once. Like Mirhady, she has to be ready for glitches. The truck holding the props for Onegin, she tells us, arrived almost a week late. While the performers practiced with substitutes, the furniture languished in a truck cab which, as luck would have it, sprang a leak.

By the time the truck arrived, Wilkinson and her team had serious repairs to do on Onegin beds, bedding, desks. They also had to modify the stunt gun, as pyrotechnic regulations are different in Vancouver than they are in Calgary, where the critically important prop originated.
~ 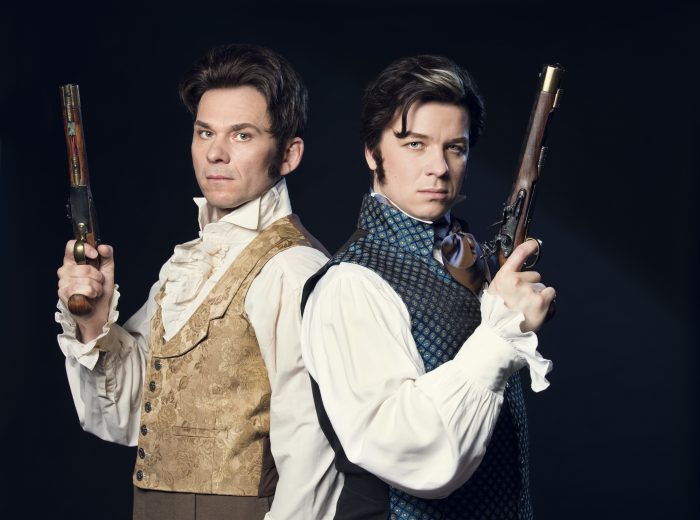 Both Mirhady and Wilkinson can be found scouring local stores for fabrics and props that fit the mood and time of the opera at hand. In creating the world of Dead Man Walking, for instance, Wilkinson was searching all over the Lower Mainland for a period-appropriate stenograph. She finally found one online.

As staff and musicians filed in for the evening’s show, it was interesting to listen to Mirhady, Wilkinson and other opera creatives, such as a gentleman who has been in the chorus since 1978. He had come early to the green room to practice for his next audition.

While Eugene Onegin has now ended, The Overcoat – also part of the Russia series – is on until May 12that the Vancouver Playhouse.