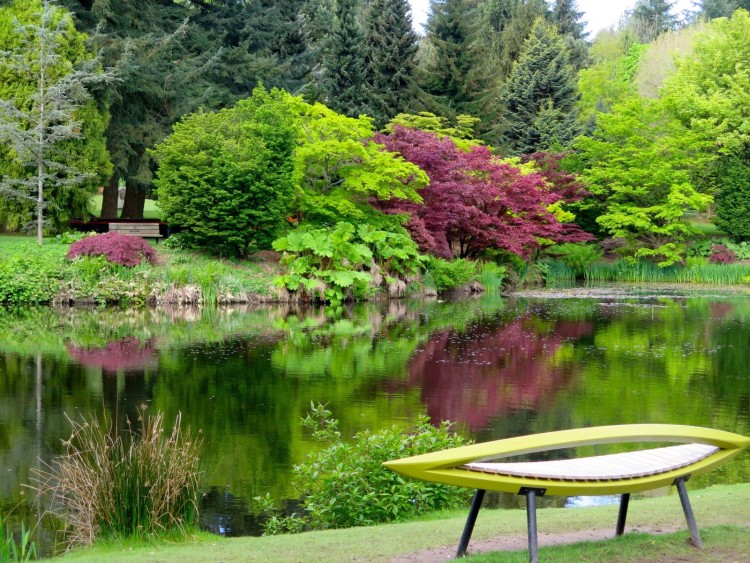 Behind some of the city’s most inspiring sites sit teams of volunteers working quietly to keep things beautiful. The amazing Aunt Hilde – when she wasn’t beetling around town in her red Nissan or traveling the world solo at 90 plus – would spend hours at VanDusen Gardens, tagging plants and taking pre-schoolers through on tours.

VanDusen opened as a public botanical garden on August 30, 1975. W.C. Livingstone led the landscape development, while Curator Roy Forster oversaw plant design from 1977 to 1996. The 55 acre gardens are still impeccably maintained and, even on the busiest summer day, it is still easy to find a peaceful corner to sit, write, draw or think.

You enter through the award-winning Visitor Centre, which is LEED Platinum Certified and was designed by Busby Perkins + Will and landscape architect Cornelia Hahn Oberlander. If you look at it from above, you’ll see that the building, which opened in 2011, is shaped like an orchid. 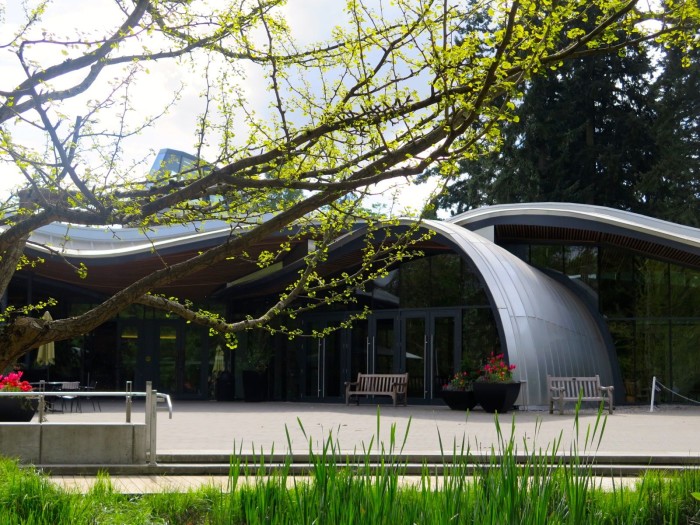 Along with 50 distinctive plant collections, VanDusen features some notable public art. Bill Reid’s 4000 pound Black Eagle Canoe is perched near Heron Lake. It is a fibreglass cast of Lootaas – the 15.2 metre Haida canoe that Reid originally carved out of a 750 year old cedar log. 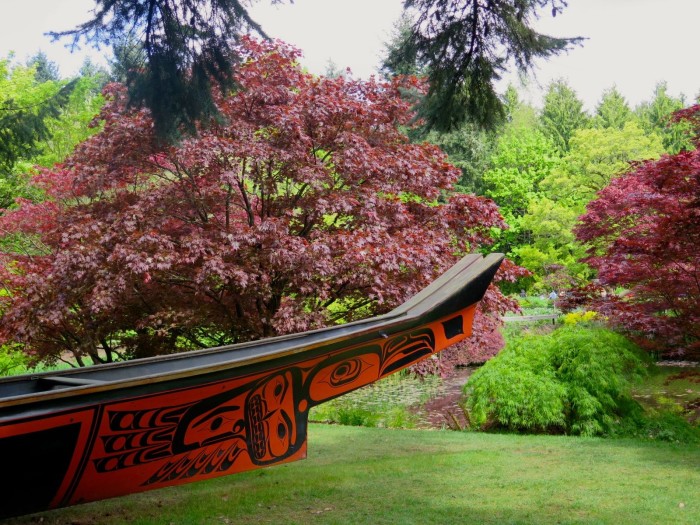 The garden is home to a number of sculptures that were created during the 1975 International Sculpture Symposium. Twelve established artists were invited to come for the summer and to build new sculptures with either travertine from Turkey or marble from Turkey or Iran . Students from the Vancouver School of Art (now Emily Carr) were on hand to help them. 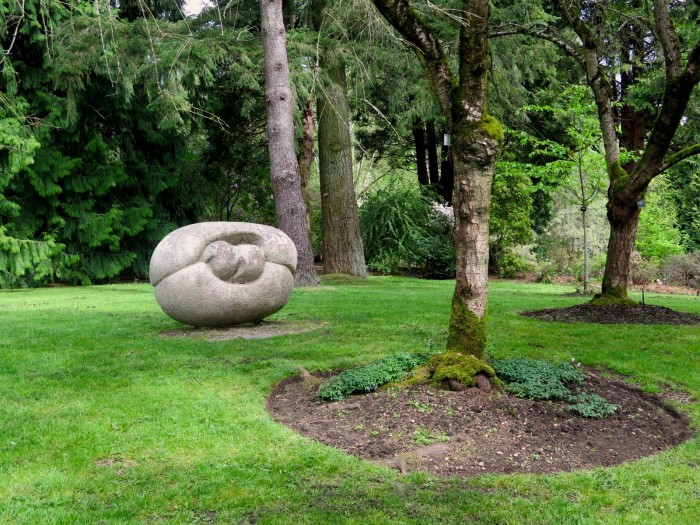 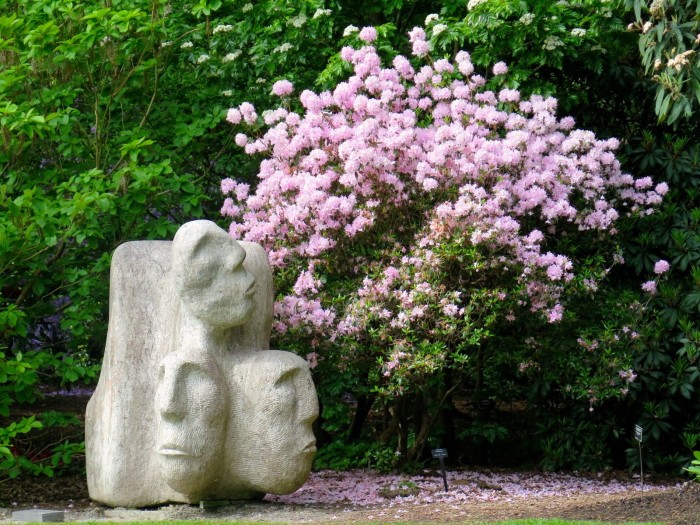 VanDusen has acquired other sculptures over the years, such as the bronze resin Fisher Hauling in the Net by Gerhard Juchum. 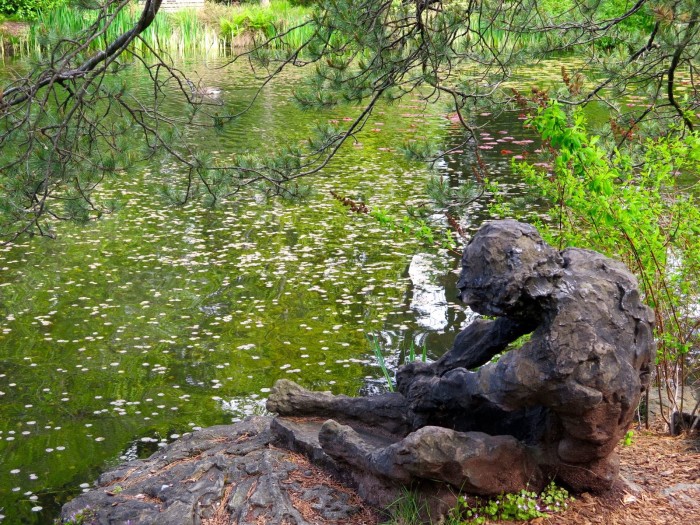 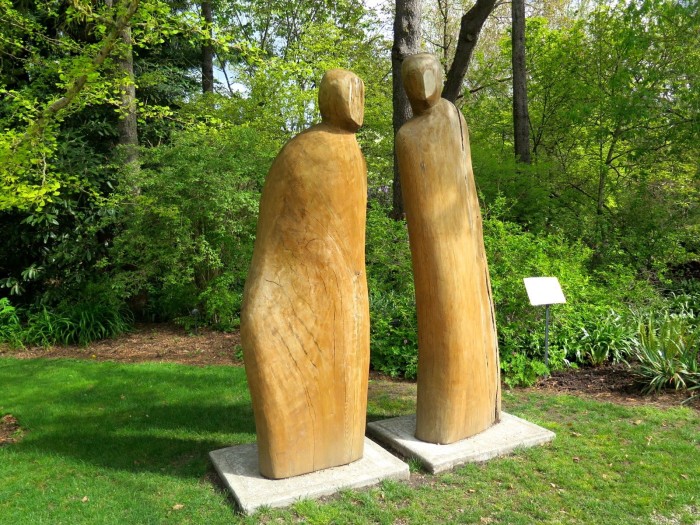 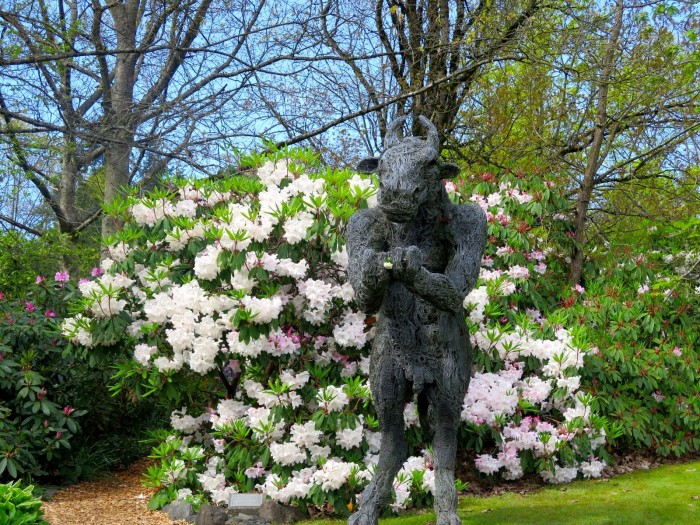 Particularly popular is The Maze, which was built in 1981 from 1000 pyramidal cedars. 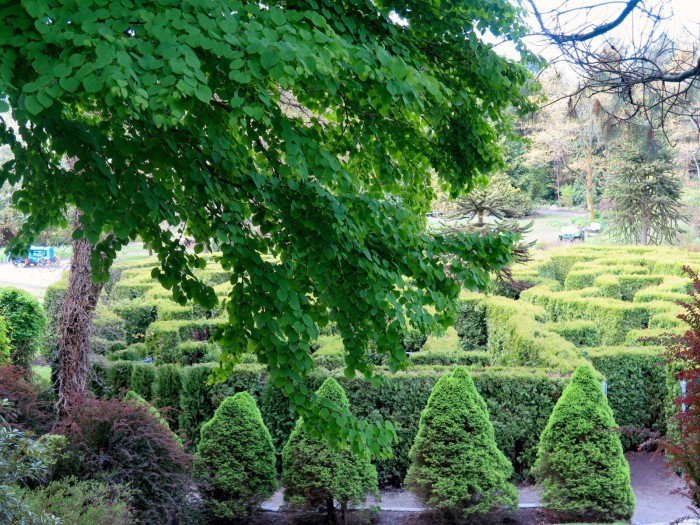 The Chandelier, Mask And Door Shop