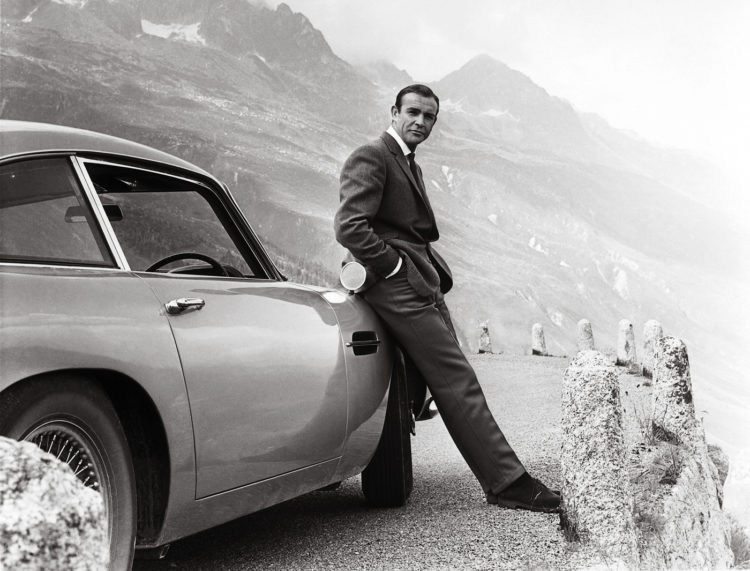 Name the best car ever created. Ask that question of car enthusiasts, then don your protective headwear and stand well back.

The Discovery Channel asked 2,000 British drivers for their greatest car picks, and their survey said:

Which of these cars do you associate most strongly with James Bond? It could have been #1, The Jaguar E-Type, as producer Albert ‘Cubby’ Broccoli had requested three for filming on the 1964 Goldfinger.

When Jaguar said ‘no thanks’ – the car was already flying off shelves – Aston Martin offered up two Silver Birch DB5s for Sean Connery to drive. The ‘DB’ stands for Sir David Brown who owned Aston Martin from 1947 to 1972, bringing the company back to life after WWII struggles. Since Goldfinger, the Aston Martin DB5 has been the car most closely associated with Bond (involuntary reflex) James Bond.

The platform chassis and suspension were designed by famed Chief Engineer Harold Beach, the engine by Tadek Marek and the styling by Carrozzeria Touring in Italy. Goldfinger Production Designer Ken Adams and Engineer John Stears zhuzhed it up for Bond.

James Bond and the Discovery ‘best car’ ever respondents are not the only fans of British vintage cars. From the 2016 Federation of British Historic Vehicle Clubs survey: 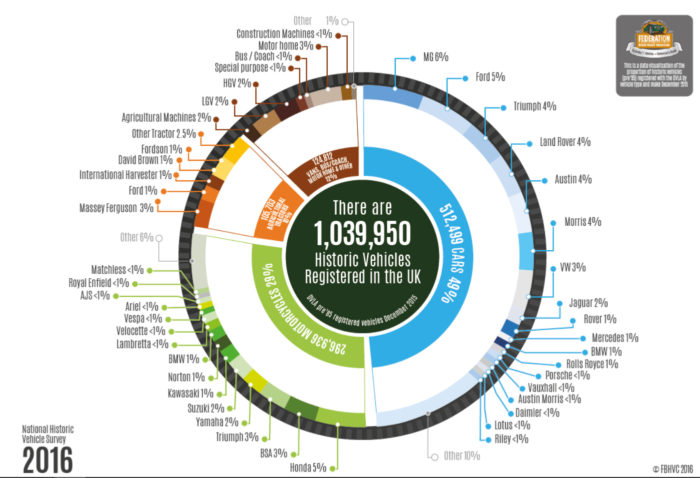 This weekend, British car enthusiasts from across North America will be driving to Van Dusen Gardens for the 2017 Vancouver All British Car Meet. You’ll see rare and restored classic British cars and motorcycles. Also on display is all sorts of handiwork in replicas, reengineered and modified vehicles. Wander between the cars while listening to local bands and eating food truck fare.

It’s a chance to revel in the design creativity of historic Brits and their current fans. On Sunday, a long line of these cars will be driving up to Whistler for display in the Whistler Olympic Plaza from 10 am to 3 pm. 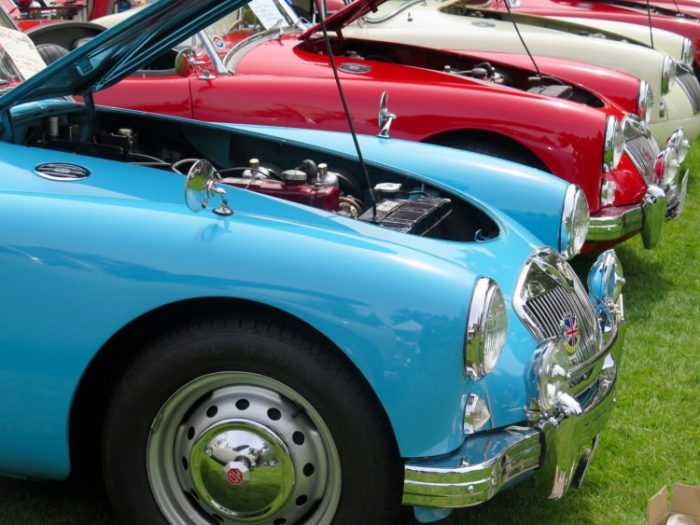