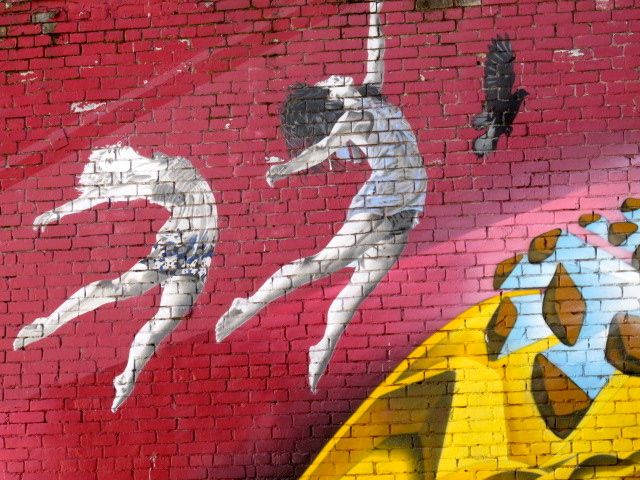 If you are a musical theatre fan and you live in Vancouver, you have undoubtedly seen her work. Singin’ In The Rain, Annie, Annie Get Your Gun, Rose, South Pacific, Oklahoma, Anything Goes. Wendy Bross Stuart has been the Music Director behind some of our city’s most popular productions for over two decades. This year, she was awarded the Ovation award for her Longtime Contribution to Musical Theatre in Vancouver.

She and her husband, Ron – an anthropologist/sociologist by day – have also started launching more shows on their own. “We just produced the Canadian premiere of Snapshots. I was also the Music Director. It was a wonderful experience.’ Snapshots: A Musical Scrapbook is based on a script written by David Stern. It is rooted in the music and lyrics of Stephen Schwartz – the composer and lyricist behind hits from Godspell to Pippin, Wicked, Enchanted and the upcoming Mumbai Musical.

Bross Stuart and Schwartz know each other from high school in New York. “We were in a special eight week summer camp together when we were sixteen. Snapshots uses music from his work over forty years. Stephen has also written some new music to fit the script.”

The Snapshots story intrigued Bross Stuart from the start. Sue is about to leave Dan, her husband of 30 years. When Sue goes to the attic to pull out her hidden suitcase, Dan comes home early. In their stilted conversation, they come upon a box of old snapshots and we follow them back into their memories. “It’s a very interesting script about the decisions we make as we grow older.” Bross Stuart and the cast had their work cut out for them, as the show involves the complex, contrapuntal interweaving of so many different Schwartz songs. Popular from Wicked, for instance, is in a musical mash-up with No Time At All from Pippin. 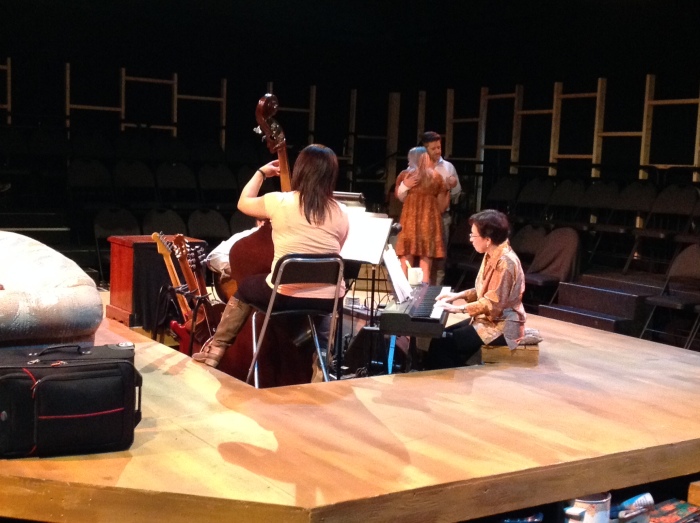 Bross Stuart made use of computerized spreadsheets to map out the complex rehearsal schedules. “The first thing you do is check who is singing against whom and how much rehearsal time each individual needs.” As they were staging Snapshots in the round at Granville Island’s Studio 1398, she and Director Chris McGregor had to ensure that the show was entertaining from all angles. “You have to make sure that each side sees enough. It’s mathematical.”

The hard work paid off. The 2014 Vancouver Snapshots production was a success and the Stuarts are in talks for new runs of the show.

As a child growing up in Yonkers, New York, Bross Stuart fed her love for musical theatre on Broadway. “We went to shows every two or three weeks. We’d leave the theatre and walk over to pick up the next set of tickets. That gets in your bones.” Between shows, Wendy and her large extended family would put on shows for each other and the community. “At our Cousins Club meetings, we would all go off and make plays. Everyone was outgoing and theatrical. Mum would sing, act and dance in these shows too.”

The young Bross Stuart studied multiple instruments – classical piano, guitar, flute – and always suspected that she would work her way into a career in music. She eventually left New York for McGill University, where she could get top-notch musical training and explore her interest in French.

It was in Montreal, that Wendy met her husband, Ron, and started to learn more about music from around the world. “Growing up, I heard a lot of Israeli music, Yiddish music, influences from Eastern Europe and the Arab world.” Now, she was exploring music from China, Indonesia, Japan. “This was before World Music was a thing.”

The Stuarts moved to Vancouver and Wendy began her Masters work in ethnomusicology at UBC. “I’ve written a book on Coast Salish gambling songs and another on Northern Haida songs with John Enrico.” She also studied Japanese traditional music here in Canada and by living in Japan for some years. “I learned how to play the koto and the shamisen, a three-stringed instrument. It is shaped like a banjo; you are used to seeing geishas playing it and singing. Usually it’s played with a very large pick that looks like an ice-scraper – a plectrum.”

Over the years, Bross Stuart has continued to be deeply curious about different cultures and their music. She, Ron and cinematographer David Stone recently completed Happy Feet, a documentary based in the Langa Township in South Africa. “Next December will be our seventh time staying in South Africa,” and they go for months at a time.

‘The “Happy Feet Youth Project” began with the realization by Siviwe Mbinda, a Langa resident, that the disadvantaged youth of the township could be uplifted and inspired by a culturally appropriate performing arts program. After a period of trial and error, the program was established in its own facility near the “hostel” residences of the majority of the members.’

Bross Stuart has been profoundly impressed by Mbinda and the hard work that has taken him from trying to make a living as a night janitor, through building a fruit and vegetable business, to helping the youth of Happy Feet blossom. Knowing that the film would need some underscoring, Bross Stuart was delighted when Siviwe put her in touch with local, professional marimba players whom they were able to hire for the film.

Happy Feet – a Township Story is now being shown all over South Africa on TV: Botswana, Namibia, Zambia. Meanwhile, the Stuarts are working on a second South African documentary about another impressive son of the Langa township. “It is about a man called Dizu Plaatijies, a Xhosa man in his late 50’s. He is the first black professor of music at the University of Capetown. He is an ethnomusicologist with a specialty in sub-Saharan African music. He is such a warm, knowledgeable and lovely human being. He also does a lot of touring in Europe, jamming with musicians of all kinds.”

Back at home, Wendy and Ron produce the Vancouver Holocaust Commemorative Evening – Yom Hashoah – each year at the Jewish Community Centre. More than five hundred people attend, and the evening centres around a survivor speaker. Bross Stuart brings together an ensemble of young singers, most of whom turn out to be third generation survivors. “At least the first three rows are survivors,” all of whom are invited to light a memorial candle.

When she is not putting on professional shows, the Jessie-nominated Bross Stuart is busy mentoring young students. “I have lots of lovely voice students – mostly musical theatre, but I also love working on opera arias, folk music..” For twenty years, she has worked alongside Founder Perry Ehrlich on the popular Gotta Sing, Gotta Dance program at the JCC. “It’s a musical theatre program for talented, dedicated kids. It’s about learning confidence and allowing everyone to have their moment in the light.”

It is no surprise that Bross Stuart’s own kids are active in the Arts. The oldest, Fiona, is finishing her degree in social work whilst also signing, playing the guitar and accordion in various performing ensembles.

Her youngest daughter, Jessica, is part of the indie folk-jazz power trio, The Jessica Stuart Few. Jessica composes, sings, plays the guitar and – like her Mum – the koto. “I was honoured to perform with her in Toronto,” says Bross Stuart. “It happened to be on her 35th birthday At the end, she made a long statement about my being her inspiration. I thought: this is better than a eulogy.” 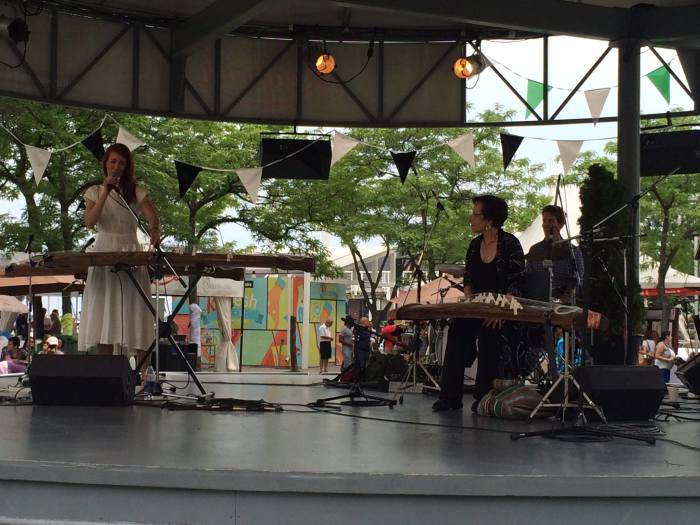 Given all of this rich history, what advice would Bross Stuart offer to others who are considering a career in the Arts?

1. Start young. “What you learn in your first eighteen years of life, you’ll be confident with.”

2. “You have to be entrepreneurial. Nobody is ever going to give you anything; nobody ever did. It is such a fantasy that people in the old days had things given to them. They didn’t.”

3. “Get as much training in as many things as you can, because you never know what is going to come in your direction.”