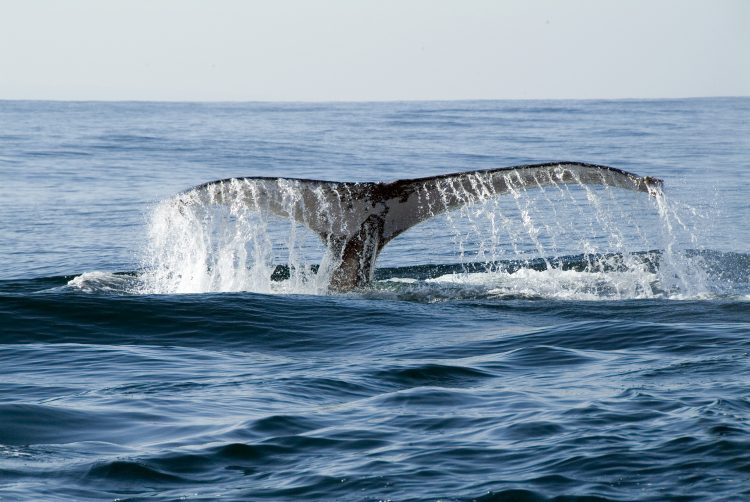 Did you know that:

• Sardines make the most of their short lives, with some growing up to 23 centimetres in two years.

• Dolphins – said to be even more intelligent than dogs – can hold their breath for minutes at a time and do sudden dives down more than 1000 feet.

• When a dolphin inhales, it can refresh 90% of its lungs. Pretty impressive compared to the mere 15% of an average human.

• Dolphins do, however, need to be conscious to breathe. So, rather than conk out in a full sleep, dolphins sleep with one eye open, and half of their brain on alert.

• Travelling in jumbo flocks, gannet birds dive en masse from high up in the clouds to deep into the sardine shoals. With no external nostrils and air sacs in their faces and chests, these gannets can easily absorb the smash into the sea. After gobbling through an unseemly amount of sardines, they float together, full bellies up, until the morning.

Gannets and Common Dolphin dive for sardines off the Wild Coast. Photo by Steve McNicholas. 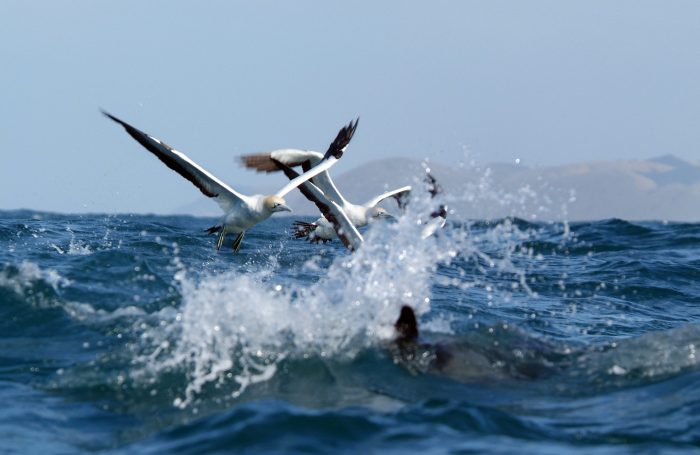 Common Dolphins swim in the bow waves of a cargo ship. Photo by Luke Cresswell. 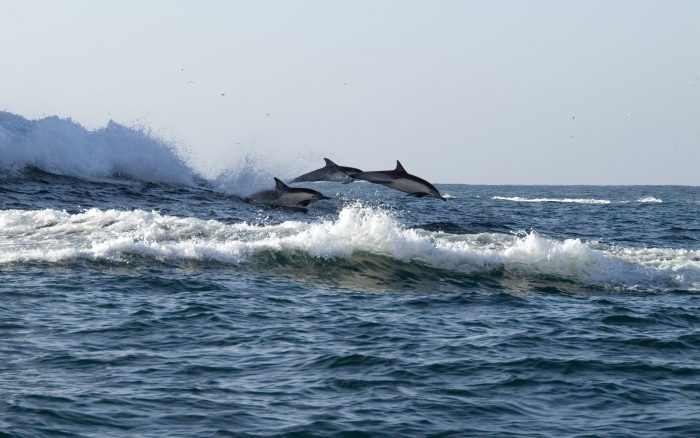 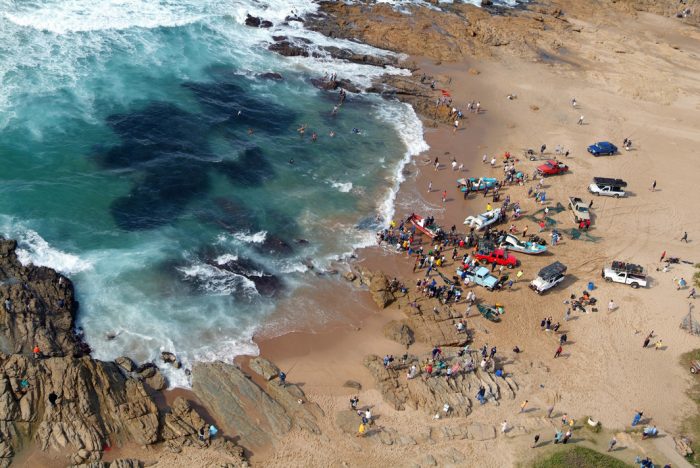 These are a sampling of the facts you would learn if this was a normal summer and you could duck into Science World for some cool air, hands-on experimenting, and one of their immersive Omnimax films.

Sadly, Science World is closed for now, but some of their offerings from Giant Screen Films are available free online. These particular sardine, dolphin, shark, gannet facts come from Wild Ocean, an award-winning film that looks at environmental protection efforts and the ‘feeding frenzy of sharks, dolphins, whales and other big game fish takes place along the Wild Coast of South Africa, as billions of sardines migrate up the KwaZulu-Natal Coast.’

Here’s a look at the trailer.

Wild Ocean is written and directed by Luke Cresswell and Steve McNicholas, the Academy Award nominated creators of STOMP. Not surprisingly, it features an acclaimed score – also written by Cresswell and McNicholas – and the work of award-winning Director of Photography Reed Smoot and underwater photo whiz, DJ Roller.

This ‘epic underwater struggle for survival’ is narrated by the Tony-award winning actor, director and playwright John Kani and available for the short term for our home viewing.

Once you’ve explored deep in the blue, Science World has other immersive film selections available online like: Dinosaurs Alive!, Mummies: Secrets of the Pharaohs and a selection of Science Theatre Shows, including Chasing Steve: a mystery in the night sky which follows aurora chasers from Alberta.