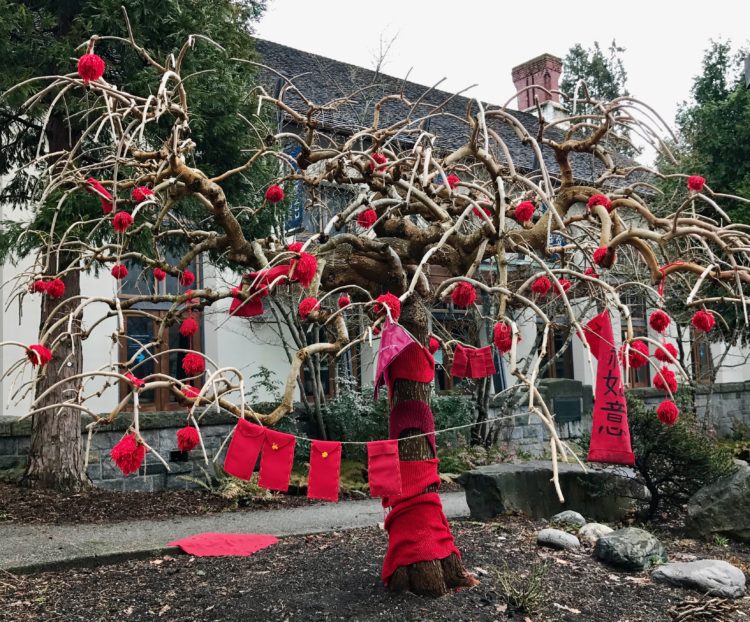 The great thing about public art at universities is that students are engaging with it all the time. They’re creating memories – hiding from the rain, gathering 2017 snow, texting, studying – in which the art becomes a familiar marker. Some are making their own art and leaving it for others to discover.

UBC is lucky to have art hidden in nooks and crannies around the campus. A few examples.. 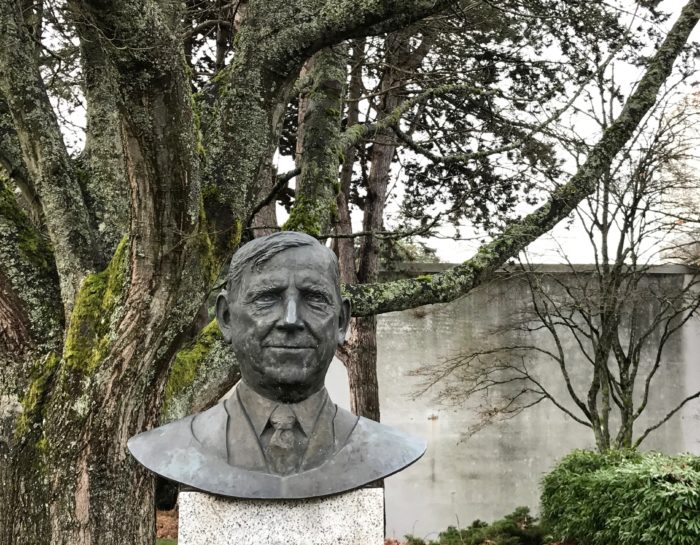 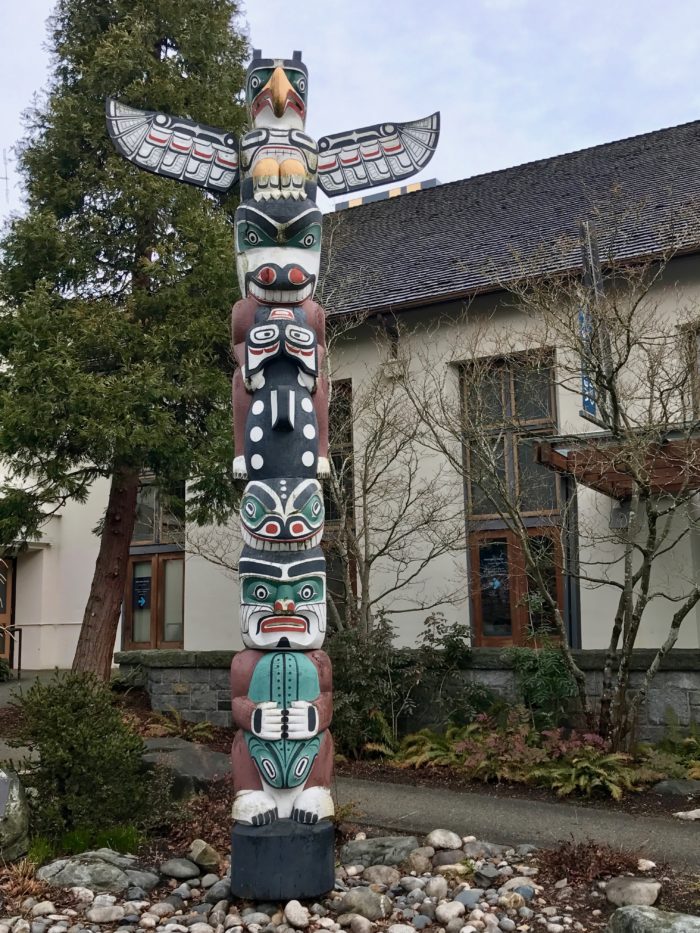 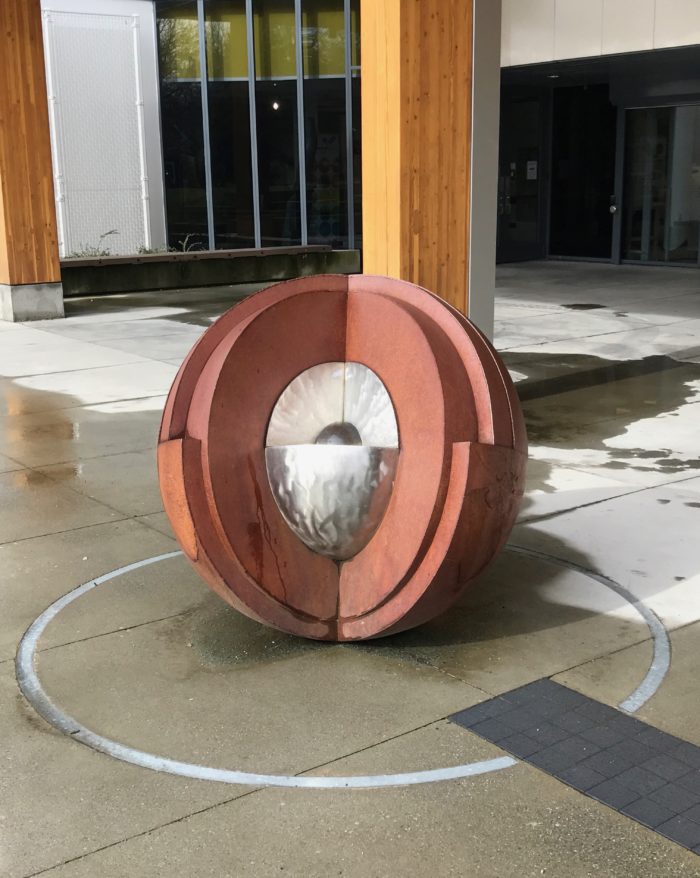 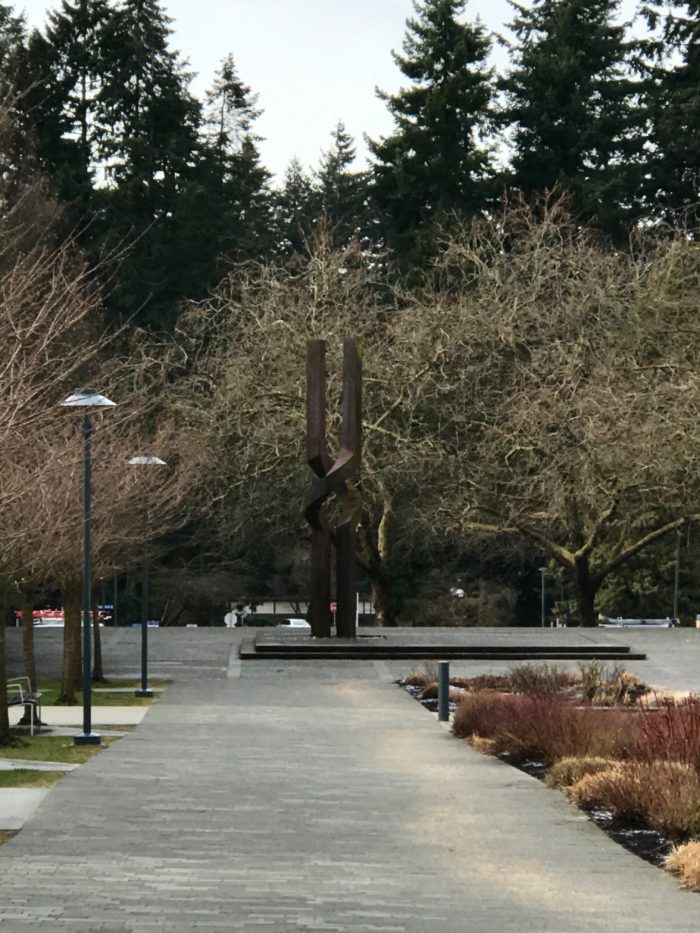 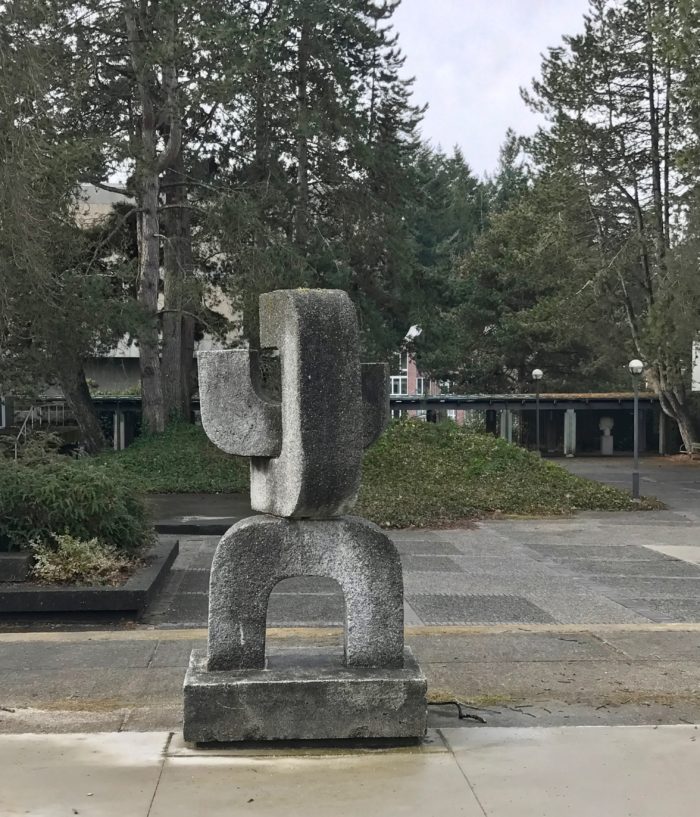 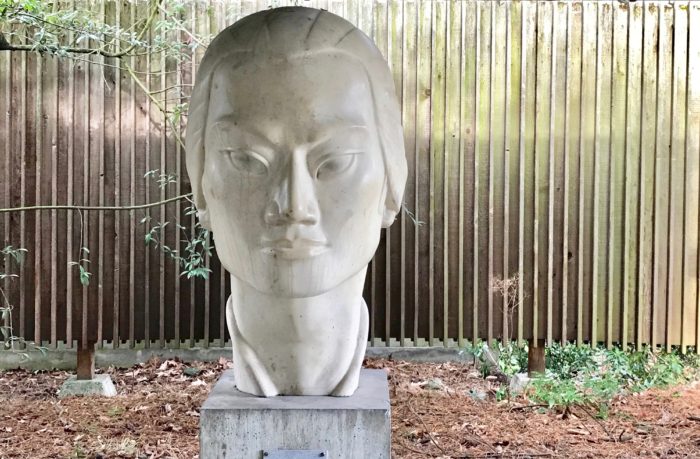 Right now, you have a chance to see a major new artwork in progress. Reconciliation Pole – Honouring a time before, during and after Canada’s Indian Residential Schools – is currently being carved by 7idansuu, James Hart, Haida master carver and Hereditary Chief. This 55 foot pole will be raised on April 1, 2017. Hundreds from the community will come together to pull on ropes and raise the pole.

7idansuu, James Hart and his team were carving the pole behind the Museum of Anthropology. You can now check it out at an even more accessible viewing site at the bottom of Main Mall, near the B4 lot. 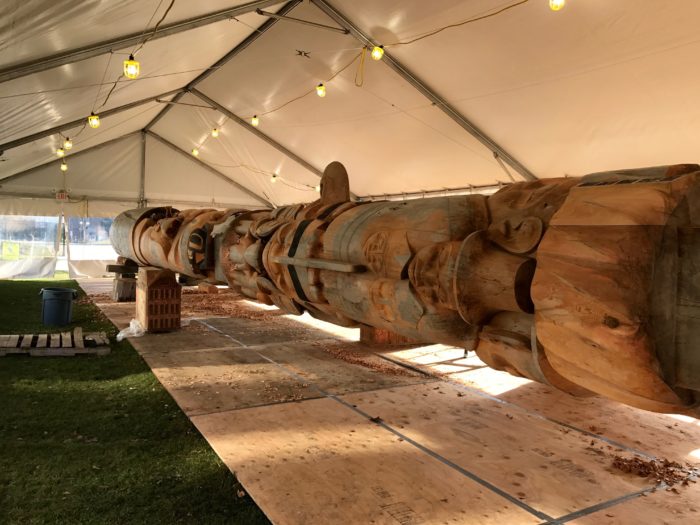 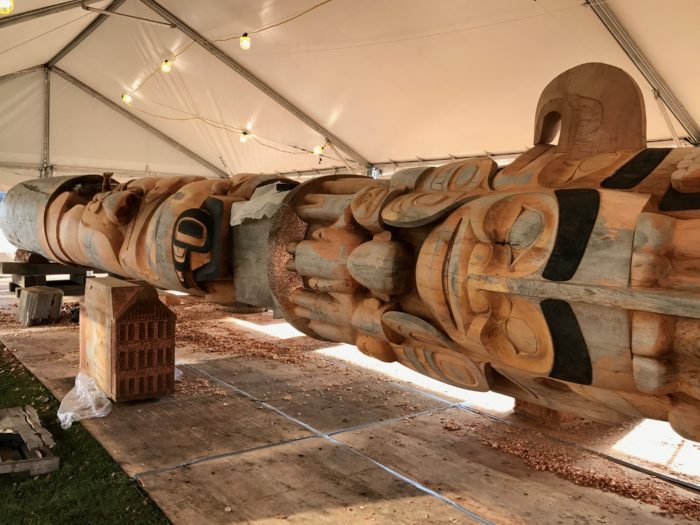 Update – The Raising of the Pole