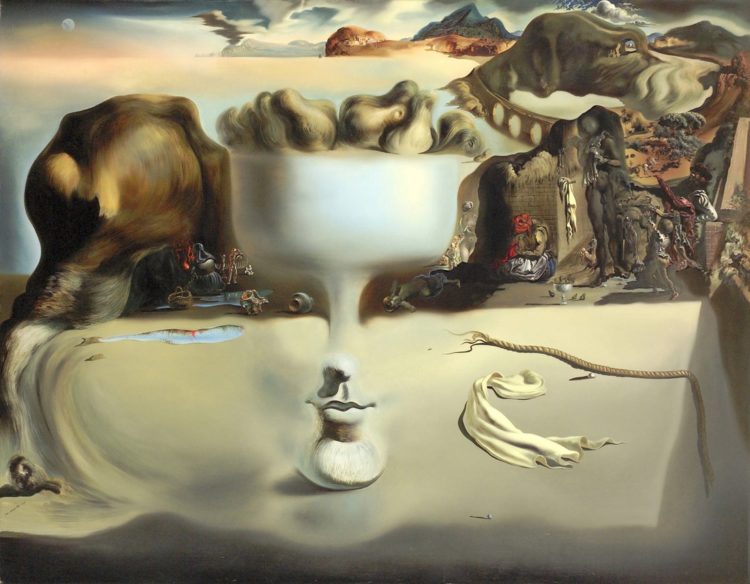 A great student of Freud, Dali might be curious about the ideas his name inspired. Of Sigmund’s work, Dali said: “It was one of the greatest discoveries of my life. I was obsessed by the vice of self-interpretation—not just of my dreams but of everything that happened to me, however accidental it might at first seem.”

Of Dali, Freud said back: “I’ve always viewed that the surrealists were 100% fools, but this Spanish young man with the fanatic eyes of a genius made me reconsider that opinion.”

You will see Dali’s melting clocks in his particularly famous painting: The Persistence of Memory, created in 1931. The work, Dali said, was designed “to systematize confusion and thus to help discredit completely the world of reality.” 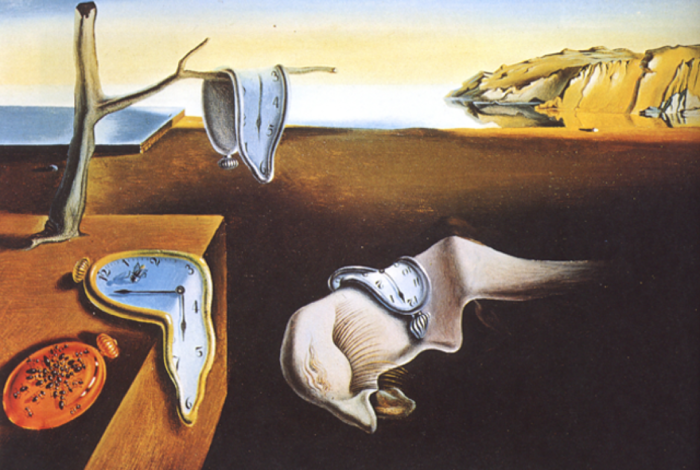 As an artist, Dali said, he wanted “to bring the world of dreams, visions, and hypnagogic imagery to tangible, concrete reality.” These clocks of Dali’s have been much referenced in popular culture. 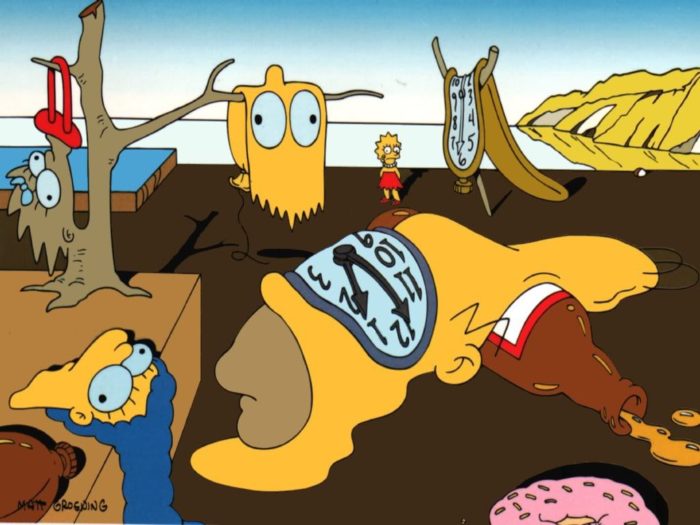 Of his melting timepieces, Dali said – with, perhaps, a surrealist wink: “The famous soft watches are nothing else than the tender, extravagant, solitary, paranoic-critical camembert of time and space.”

A collaboration between Dali and Walt Disney led to the creation of a short film. Destino, Dali said, is “a magical exposition of the problem of life in the labyrinth of time.” Walt put it in Disney terms: “just a simple story of a girl in search of her real love.”

Now, for Canada’s 150th birthday, Vancouver has our own melting clock Dali sculpture – Dance of Time 1 – on display at Hastings and Hornby for 150 days. It comes to us courtesy of Chali-Rosso Art Gallery, owned by Susanna Strem. This half-ton of pure bronze –  cast in France in 1984 – is on loan to us until September. The Chali-Rosso Art Gallery has a gallery full of other Dali sculptures and artworks on display. 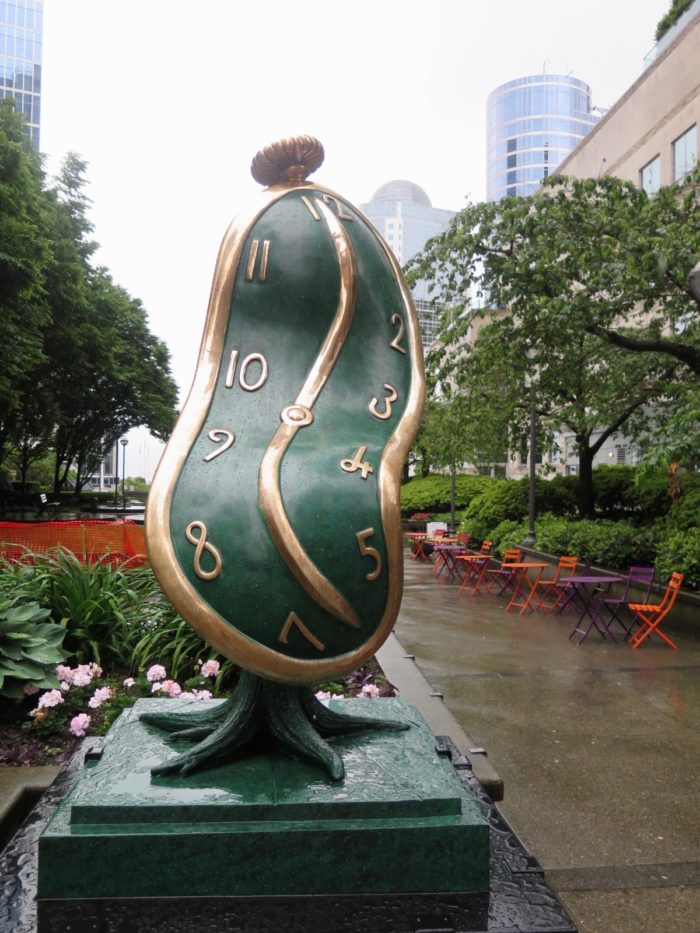 The ever-colourful Dali said: ‘At the age of six I wanted to be a cook. At seven I wanted to be Napoleon. And my ambition has been growing steadily ever since.’ Surely, Salvador would be gratified by the number of people from around the world who, with one glimpse at our temporary clock, know exactly who created it.

Header Image: Salvador Dalí. Apparition of Face and Fruit Dish on a Beach. 1938

Battle of the Food Trucks

Emily Carr In The Forest